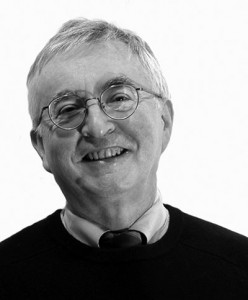 George L. Claflen, Jr. FAIA, is an architect, urban designer and teacher who has practiced in Philadelphia for more than thirty years. He has worked as Principal-in-Charge of numerous projects for the City of Philadelphia Capital Projects Division, completed preservation work with Fairmount Park Historic Preservation Trust and with Cheltenham Township, and had extensive public art project experience with Fairmount Park Art Association. In 2014, AIA Philadelphia presented George with its John Frederick Harbeson Award, presented annually to a long standing member of the architectural community to recognize their significant contributions to the profession.

He worked closely with the staff of the Philadelphia City Planning Commission on the Center City parking study and the recent evaluation of the Waterfront Redevelopment District zoning provisions as implemented along the North Delaware Waterfront. Claflen Associates completed the Skyplane Access Study, a method of regulating the bulk of buildings that was adopted into the Philadelphia Zoning Code. Skyplane received an Architectural Excellence Award from AIA Pennsylvania in 2014, and a Design Excellence Award from AIA Philadelphia in 2013.

A founding member of the Design Advocacy Group of Philadelphia (DAG), George Claflen compiled and edited DAG’s Reform Agenda for Planning and Design Review in Philadelphia and participated in the Building Industry Association project that articulated the case for zoning reform. His background also includes extensive involvement with panels, lectures, and juries and an active publication history. He is also a steering committee member of the MIT Enterprise Forum in Philadelphia.

He was a professor of Architecture at Temple University where he was the chair of the program from 1983 to 1989. He was president of the American Institute of Architects, Philadelphia Chapter in 1997 and was elected a fellow of the American Institute of Architects in 1999. He has worked for firms in London, England, Cambridge, MA, New Jersey, and Philadelphia. In the public sector he has worked for the City of San Francisco Planning Department and the United States Environmental Protection Agency Region III, receiving special recognition of high quality performance from the EPA in 1989. 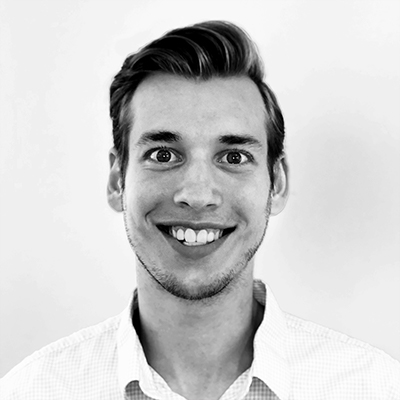 As a Project Manager, Andrew is managing and detailing projects including renovations to the Fire Administration Building of the City of Philadelphia, as well as private residential projects where complex existing conditions must be balanced with budget constraints and detailed design intentions. He is in charge of Claflen Associates Building Information Management (BIM) implementation where he works between Revit and AutoCad software systems. Experienced in feasibility studies and institutional programming as well as detailed technical design and documentation. Andrew works closely with George Claflen and all of the firm’s consultants.

Prior to joining Claflen Associates Andrew worked at NORR Design where he documented and managed construction documents for a parking garage at the Philadelphia Navy Yard for Liberty Property Trust.  This work included coordination with civil, structural, and MEP engineers as well as punch list review.  Additionally, he conducted a feasibility study and schematic design for a complex food service renovation at the Franklin Towne Charter School. This involved both documentation of the existing space and detailed planning where he worked with the school leadership.  He has detailed knowledge of roof renovation design for engineering systems, as well as prior project experience in high end residential design.

At Drexel University he was a member of the executive board of the American Institute of Architects student organizations (AIAS) and has participated in numerous competitions and special activities.